A program to launch the default KDE terminal emulator 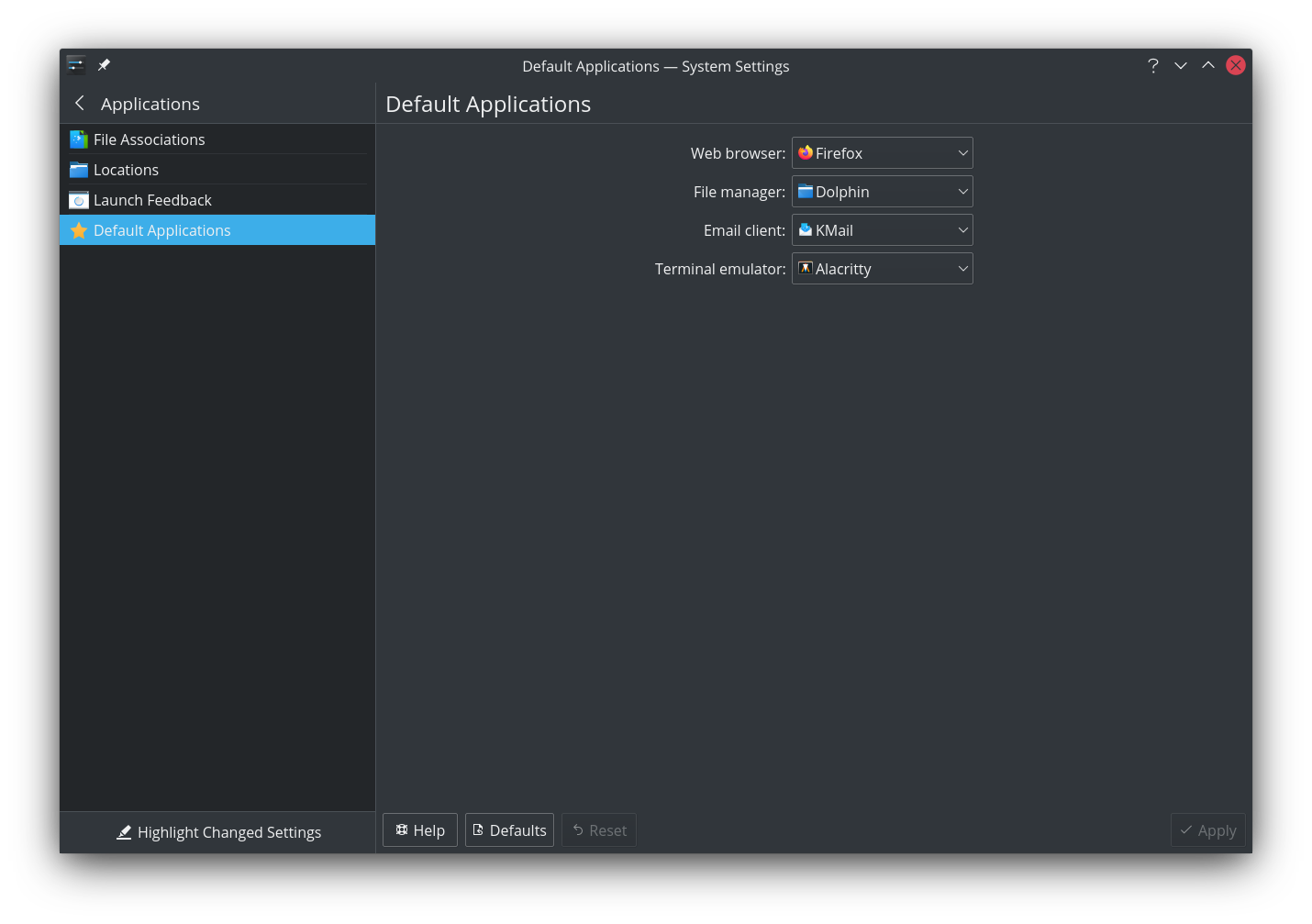 So to remedy this egregious 😛 problem I have written a small C++ application to handle this for me. It's based on the very awesome QCommandLineParser and KToolInvocation libraries, which made it very easy to implement this. Many thanks to the devs of both libraries! The documentation was very easy to follow and very extensive. The amount of attention that's been put in shows.

The source code is available online, licensed under the same license as the KDE Frameworks, LGPL-2.0 or later.

With that, you can then bind a key to launch the terminal emulator using KHotKeys. Here's an example file you can import:

With it, hitting Win + Enter spawns a terminal emulator. It's one of my must-have shortcuts on any system I use extensively. And now, that key bind automatically follows my preferences, hurray!

« My gaming PC | Fixing SAML association for a Gitlab user »